Benjamin W. Ellison is listed on the 1870 U.S. Census with his family in the 11th Ward, Cleveland, Cuyahoga County, Ohio.  This tells us that although Benjamin Walker served for Michigan in the Civil War, he and his family moved back to Cleveland, his hometown, after the War.

Lerryamin Ellison, age 26, works at a Malt House, born in England, both parents are of foreign birth, U.S. Citizen 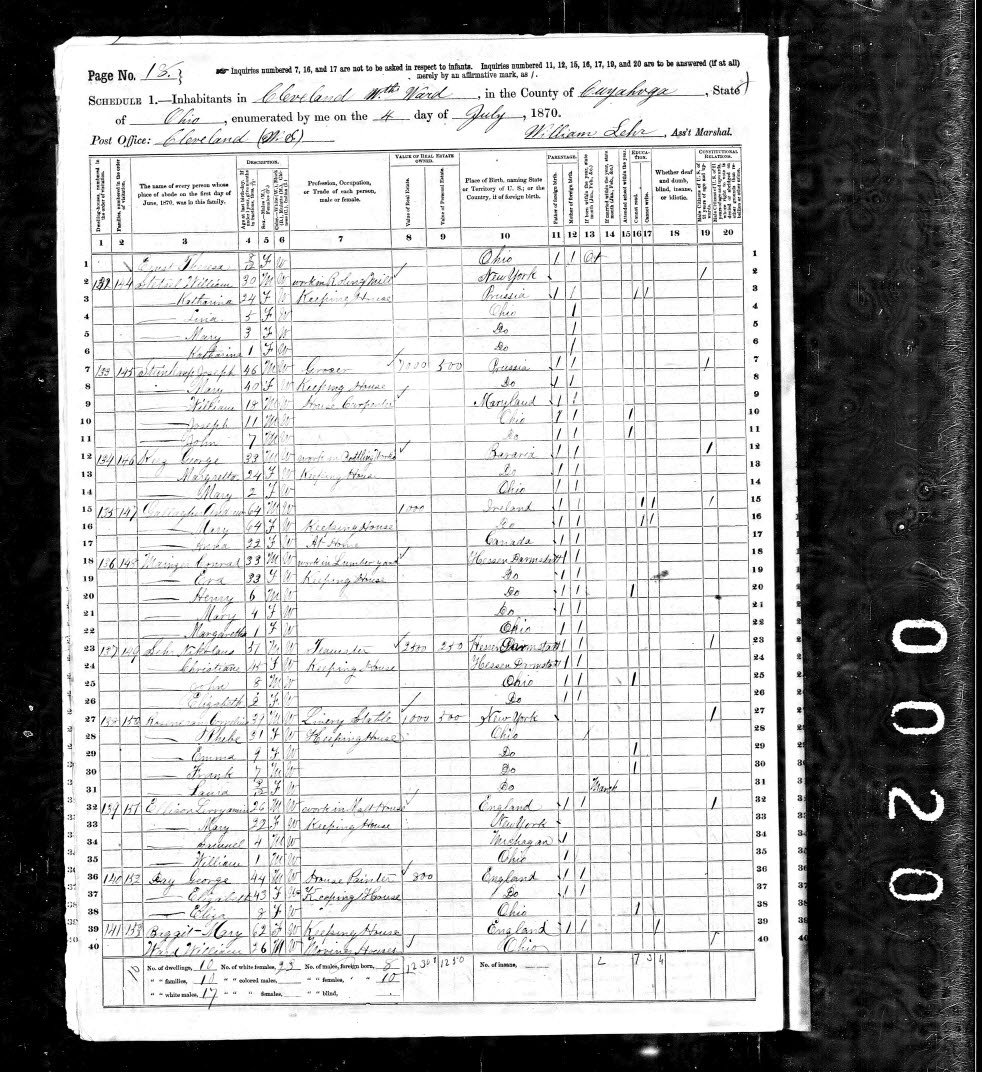