Margaret (Cooper) Hudson and her husband William Hudson are buried in Woodland Cemetery in Cleveland, Cuyahoga County, Ohio. Margaret is Benjamin Walker Ellison’s mother and William is his step-father. Benjamin’s father had died before he was born in 1841. Also buried with Margaret, in the same plot, are two of Benjamin and Mary Ellison’s babies. A daughter born in 1871 who died at 23 days and a son born in 1872 who died at 2 months of age.

A Map of Woodland Cemetery: The Hudson and Ellison family are buried in Section 23, Lot 21~ 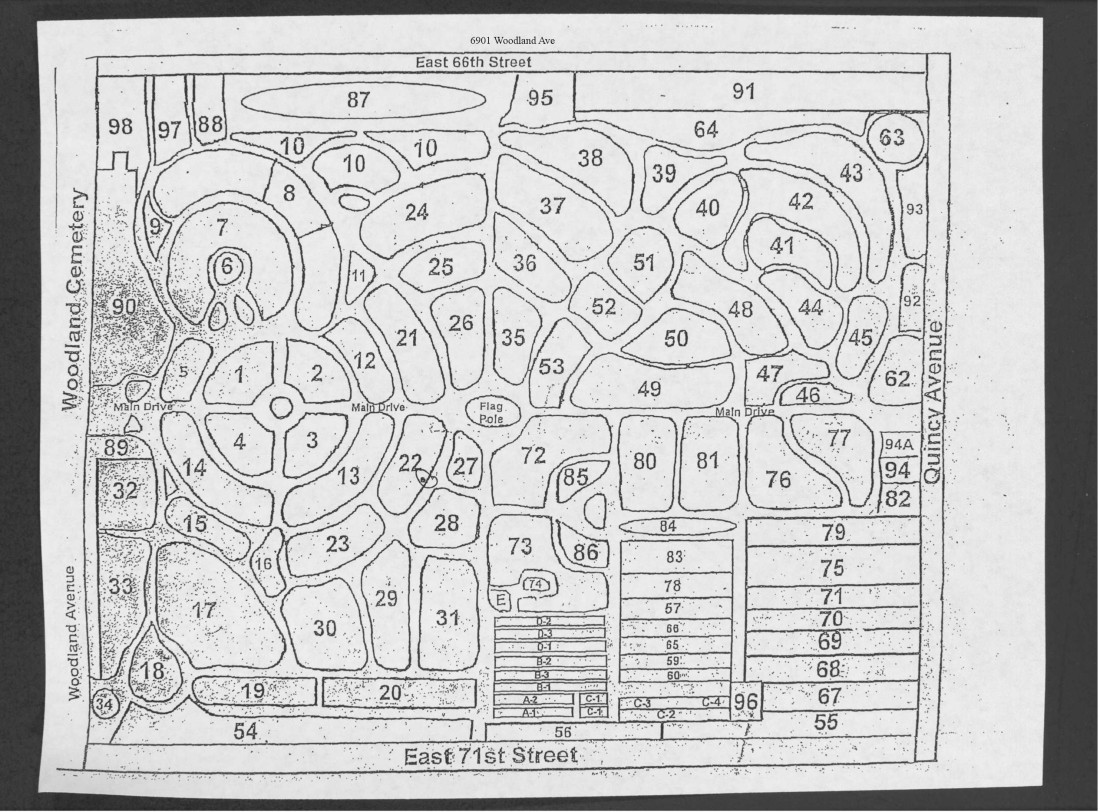 Benjamin Walker Ellison went by D W Hudson on the 1860 US Census for Cleveland, Ohio and was living alone at the age of 19. His older sister Marian had gotten married to James J Dawson and she took in her younger sister, Ann Hudson, in 1860 in Cleveland, Ohio.

This leaves two of Margaret and William’s children missing: Emma born in 1848 in England and Elizabeth born in 1850 in Virginia.

There is an Emma Hudson buried in the Erie Street Cemetery on 2 OCT 1854 at age 4 years, her address listed as Spring Street. Could this be our missing Emma? Also buried in the same section in Erie Street Cemetery is a little boy named William Hudson who was buried on 15 JUL 1854 at the age of 16 months and his address was Spring Street. Could this be Margaret and William’s only son?

More research may reveal the answer.

Woodland Cemetery was not opened for burial until June of 1853 and was built to supersede Erie Street Cemetery.

Interment records for William and Margaret Hudson along with the Cemetery Records for all mentioned above, can be viewed below: 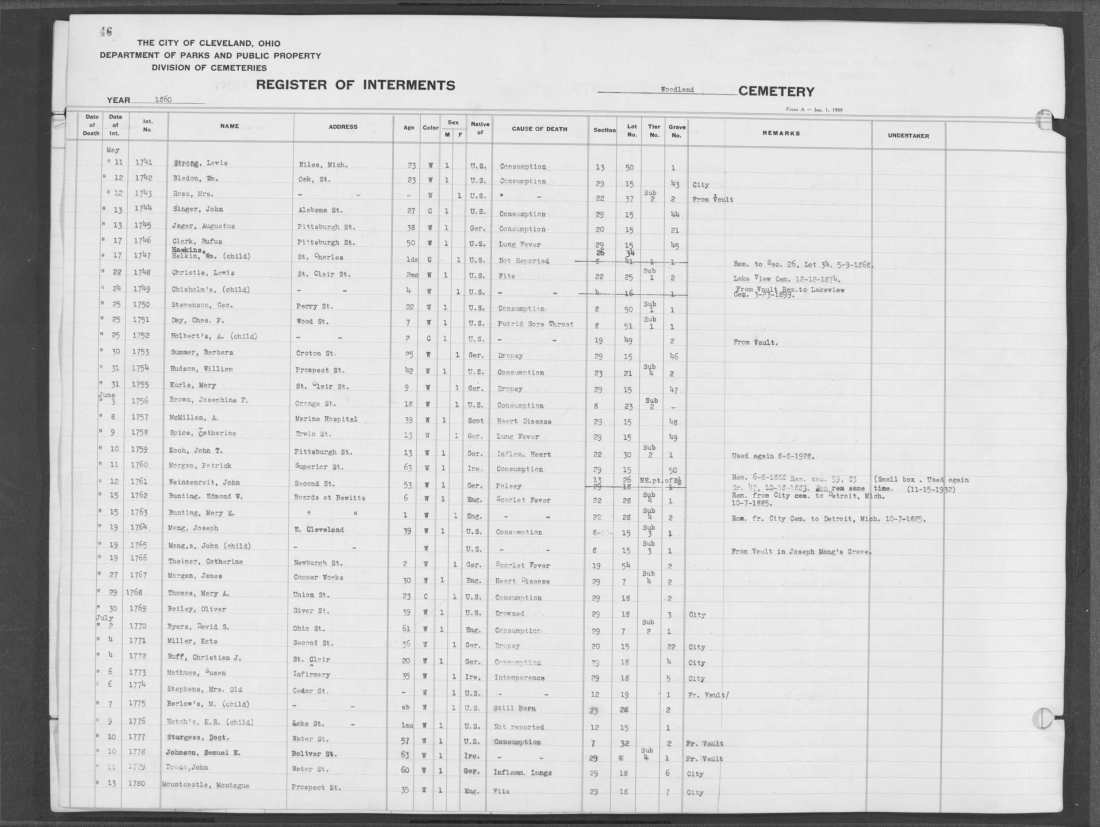 Thanks to Grace Wilfong and Donna Cromwell for sharing records and information.

Cemetery records were gotten by contacting the Highland Park Cemetery 21400 Chagrin Blvd, Cleveland, OH 44122-5308. A wonderful woman named Monica put all the records together for me, even calling me to make sure she had the right people and then sent them to me – free of charge! I did need names, burial or death dates and the cemetery. If you have ancestors buried in Cleveland, Ohio but don’t know where,  you can search this site for their name on the interment records:  www.rootsweb.ancestry.com/~ohcdrt/clecems