Alice Prince was the mother of Elizabeth Ellen, wife of James Baines. James and Elizabeth Baines were the parents of my great-grandmother Alice Baines Ellison.

Note that Alice Prince is only 16 years old and is a boarder. Her occupation is power loom weaver of cotton in Preston. 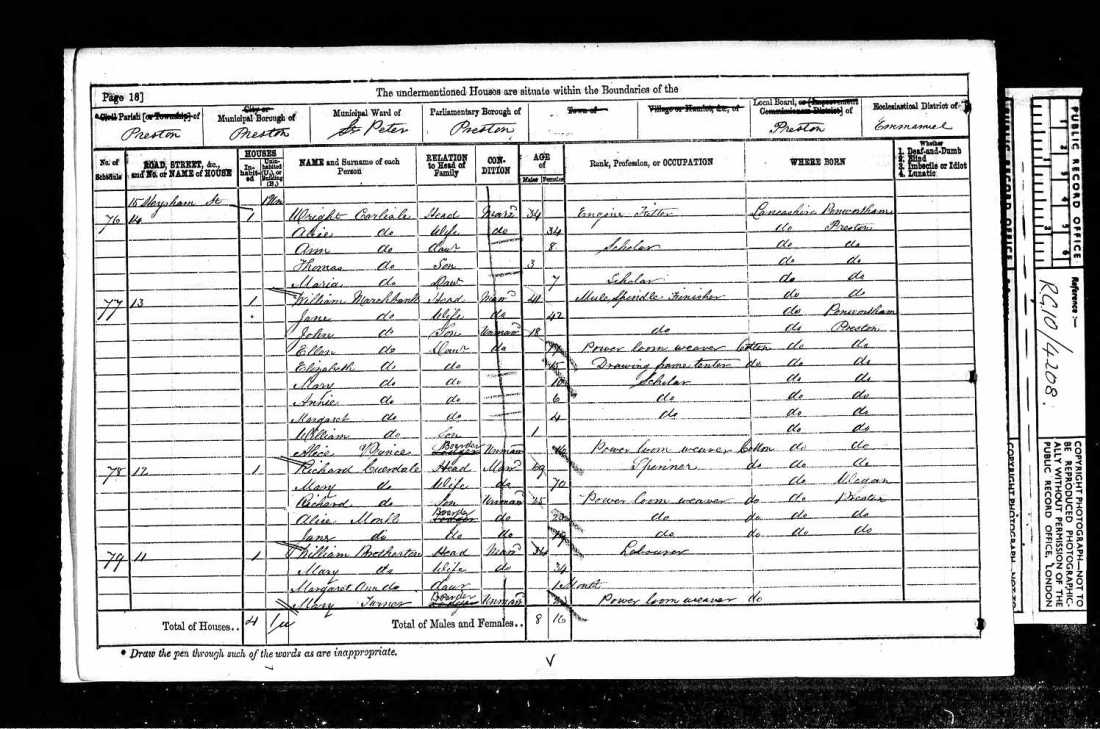 Why is Alice Prince living all on her own at the age of 16, working very hard in a factory?

If we look at the 1861 Census for England, when Alice was 6, we find her living in Preston, Lancashire with her parents John and Penelope Prince and her two little sisters, Sarah and Ellen. Her father is a Boot Maker and Alice is listed as a scholar. 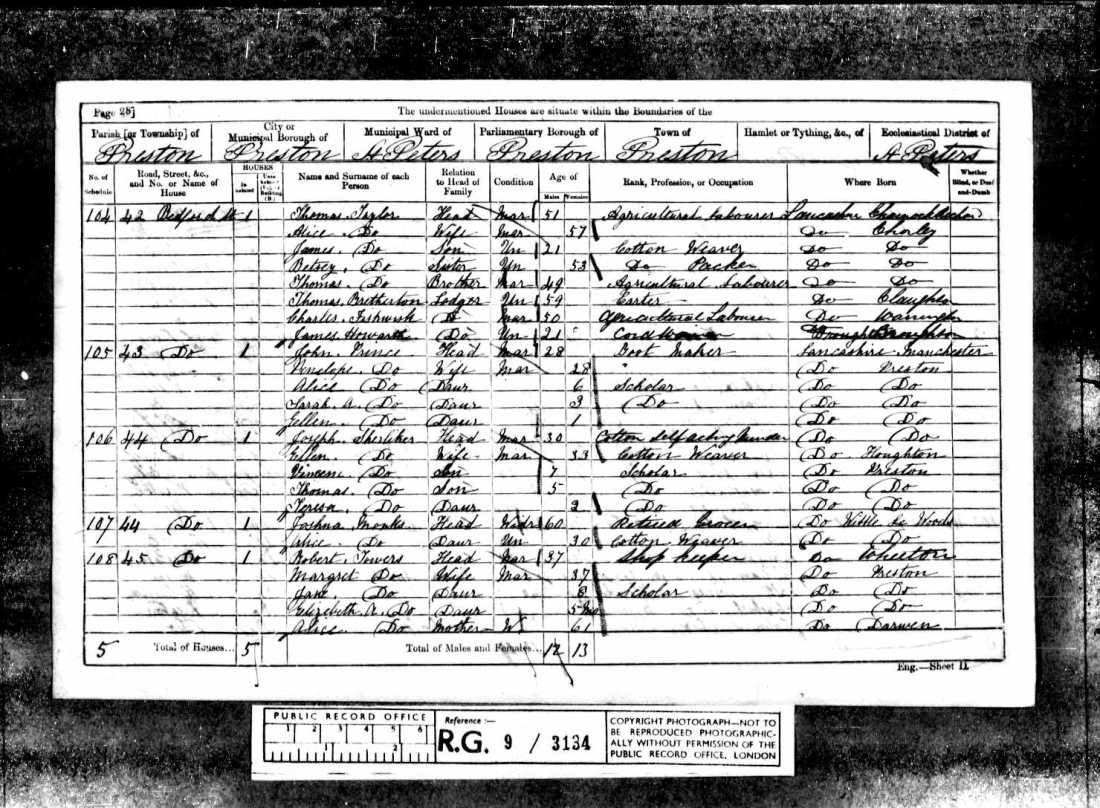 Now we must find John Prince on the 1871 Census for England. We find him in Preston, Lancashire but he is living only with two small children, John and Fanny. He is listed as a Widower. It appears Penelope has passed away.  John is still making a living as a Boot Maker. Where are the other children, though, Sarah age 13 in 1871 and Ellen only 11? 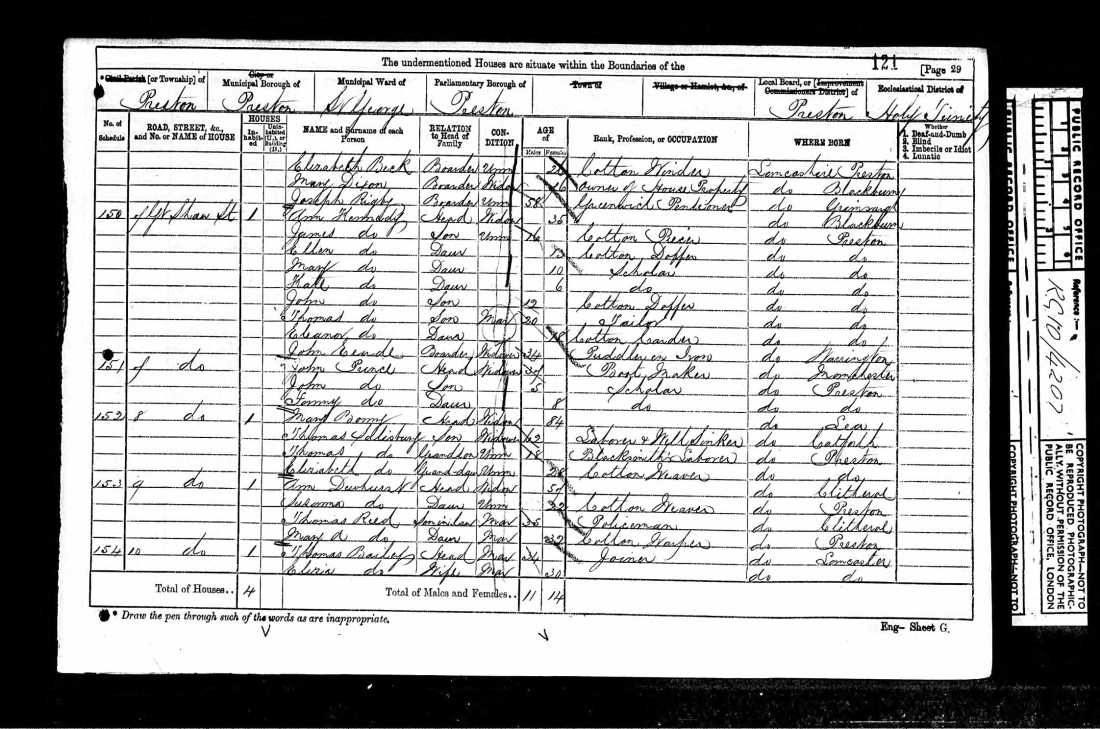