They all moved to Cleveland, Ohio about 1853.

William and Almy sold to the railroad company Lot 35 in Elbridge on 4 JUN 1851.

Here is the deed:

I looked up the deed to see if it says the town that they came from, but it says Elbridge. I do not know where they came from in New York prior to this appearance in Elbridge. Samuel H Cutler also appears suddenly in 1850. He was 28 at the time.

I am wishing to purchase copies/originals of photographs of Benjamin Walker and Mary Alice Ellison and their children, Samuel, William and Enoch Chester of Charlevoix County, Michigan. They lived in Boyne Falls from 1874 to 1913. They also lived in Cleveland, Ohio and Kent County, Michigan.

I am also looking for: 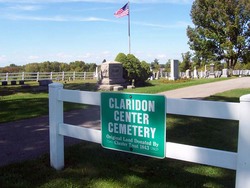