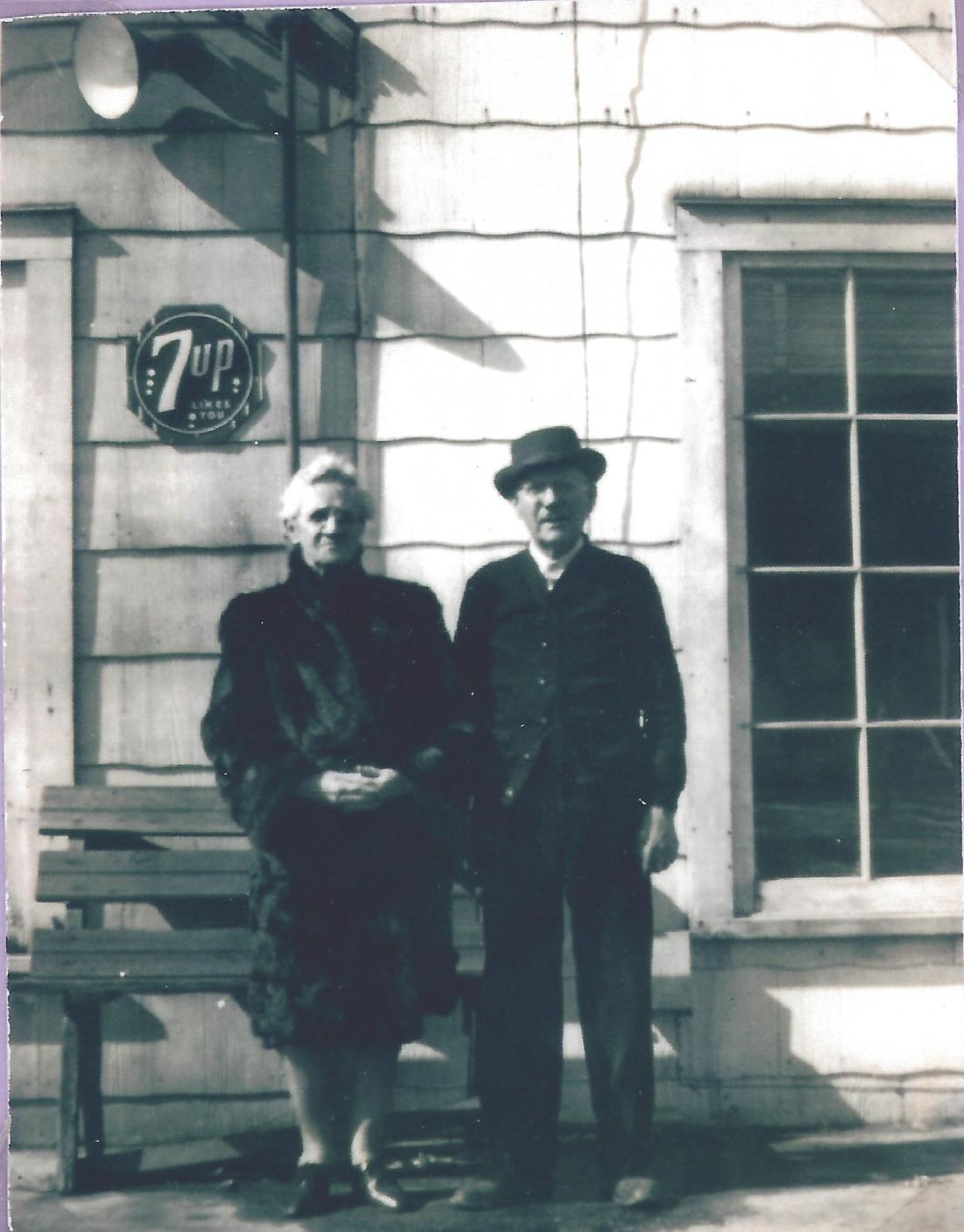 In the photograph below from 1916, first row, far left, Alice Baines and Harold Delmont Ellison seated. Hattie Forkel and Russell Henry Ellison seated in center. Russell was the eldest son of Samuel Delmont Ellison and Caroline Seegmiller. Hattie Forkel was Alice Baines’s best friend. Hattie and Russell married 29 MAY 1917 in Belleville, Wayne Co, MI. Hattie died in El Paso, Texas on 06 MAY 1922, the mother of Russell Henry, Jr. Can you identify the rest of the people?

A photograph of William Arthur Ellison at one of his three gas stations:

The photograph below is of the following children: Glenn Gee, Ruth Ellison, Helen and Norman Cole, Beatrice Ellison but which is whom is not clear. 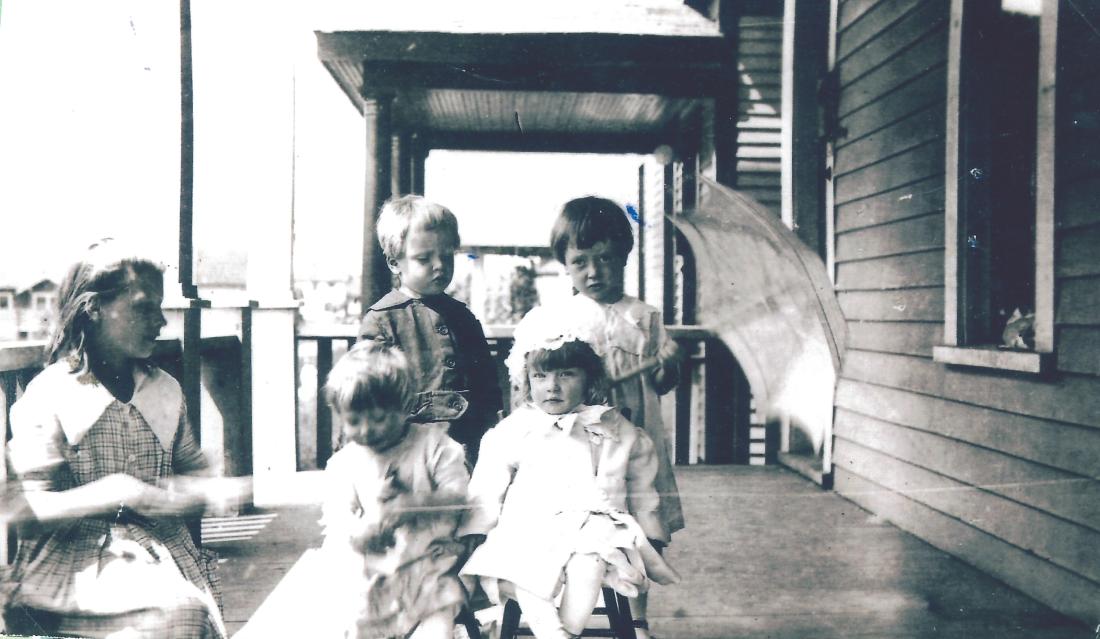 Ellison Family Reunion photograph circa 1957. In the back row, sixth person from left, is Alice Baines Ellison:

Thank you to the generous person who shared these with me!

William Richard Ellison was the fourth child of Harold and Alice (Baines) Ellison. He was born on 1 DEC 1923. You will note that my great-grandmother Alice Ellison noted on the certificate that William died in childhood on 22 JUN 1924 in Royal Oak, Michigan.

Thanks to Aunt Peggy for sharing this with me.

Harold Delmont Ellison , the son of William A and Anna E (Van Buren) Ellison, was born 29 JAN 1895 in Boyne Falls, Charlevoix County, Michigan. Thanks to Aunt Peggy for sending this to me.

This photograph was sent to me by the kindness of Grace Wilfong. This is a family photograph of the William A. and Anna E. “Libby” Ellison family with their Grandma Van Buren. Grandma Van Buren is in the middle on the left. She is Emily Louise Van Buren, the daughter of Thomas Pryer and Cornelia A. Phillips. She married George Washington Van Buren on 18 JUN 1862 in Roxand, Eaton County, Michigan.

Below is the back of the photograph: